It has been a summer dominated by cicadas and Christmas Beetles and the local eucalypts and corymbias are showing signs of stress.  Some trees have had most of their leaves consumed by beetles, mostly Christmas Beetles of the genus Anoplognathus, and some smaller trees such as the Red Ash and Creek Sandpaper Fig have been attacked by small beetles known as 'Jumping Beetles'. Christmas Beetles can cause much damage as their natural numbers can be exceeded in areas where forests have been cleared or partly cleared and lawns or grass paddocks have taken their place.  The larvae are the greyish curl grubs that feed on grass roots.  Because there is a greater supply of grass roots than was normal in the past more larvae survive and become adult beetles.  The unnaturally high numbers of adult beetles grazing on eucalypt leaves can strip trees bare.  The New England Dieback that has occurred on the NSW northern tablelands is thought to be due a number of impacts, but consumption of leaves by the beetles is a major cause. 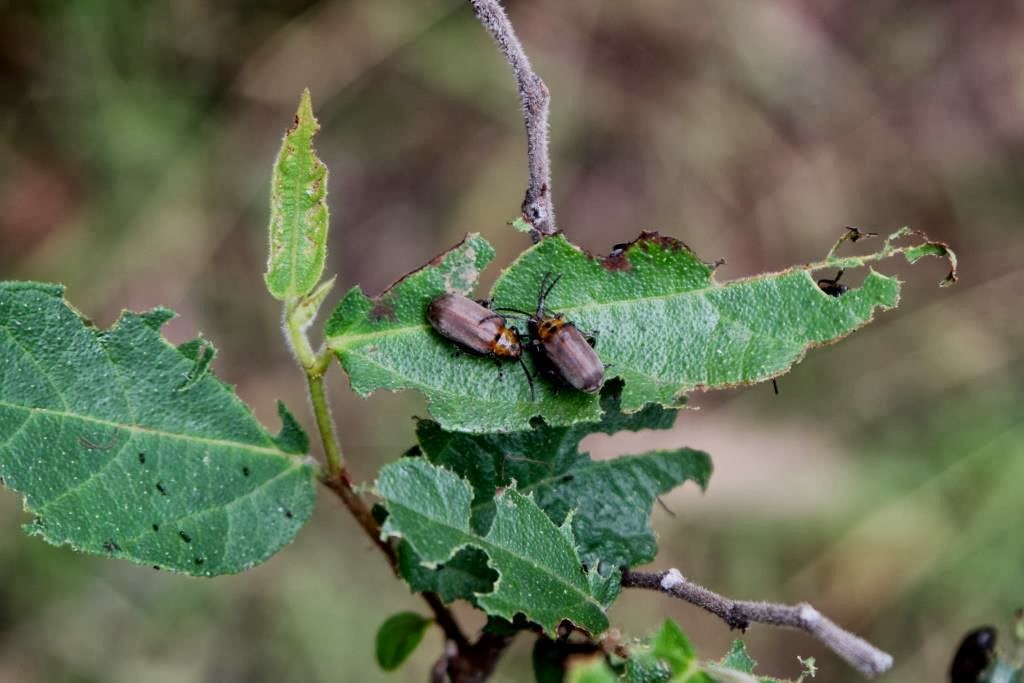 
Up until a few days ago the incessant call of ciacdas was all pervading, even into the evening.  A number of species occur locally including the Yellow Monday Cyclochila australasiae ,  Razor Grinder Henicopsaltria eydouxii, Psaltoda pictibasis and others that I am having identified at present.  P. pictibasis is found east of the Great Dividing Range and in NSW there are records from only Tabulum, Iluka and Port Macquarie.  The latter locality requires confirmation.  So my record at Coutts Crossing is a new locality for the species. Cicadas emerge from the soil during the summer after spending years underground feeding on the sap from plant roots.  The larvae climb up onto tree trunks and other objects, and shed their nymphal cases (exuviae).  A small post at the edge of our driveway has a cluster of nymphal cases at the top. Once fully emerged and the wings open and dry out they fly to a tree to feed and breed. 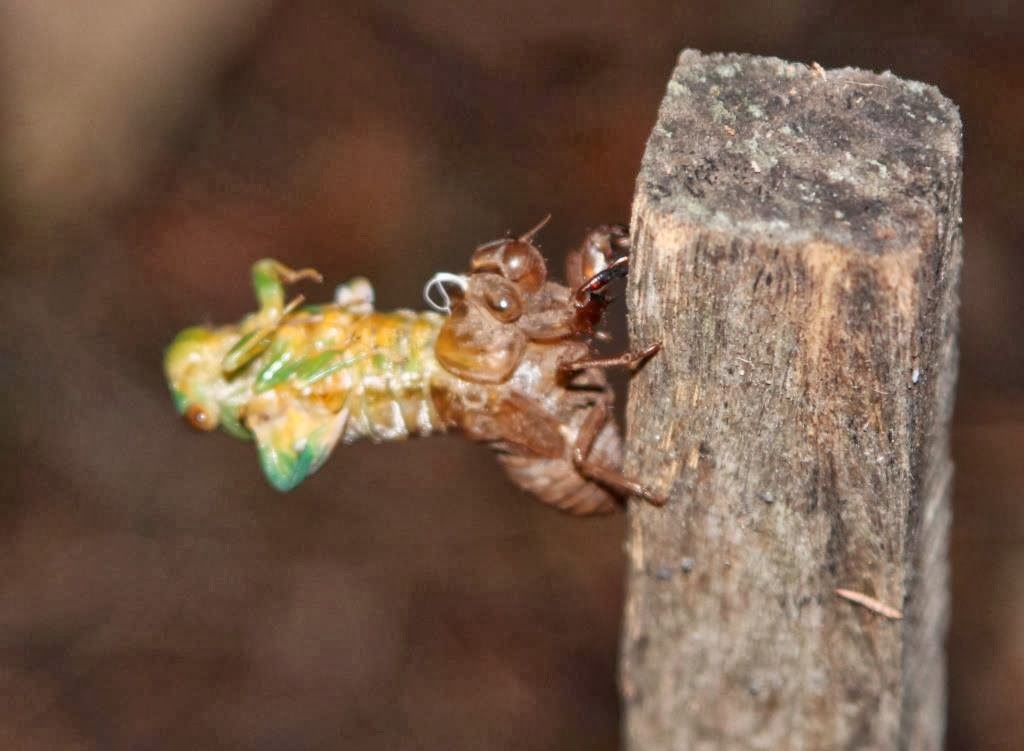 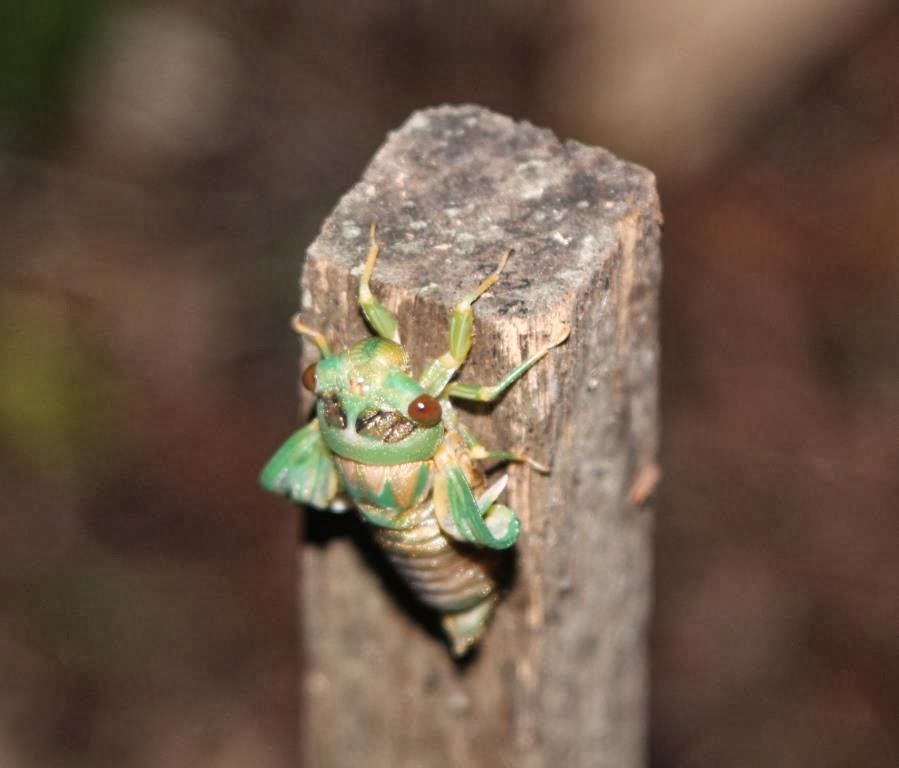 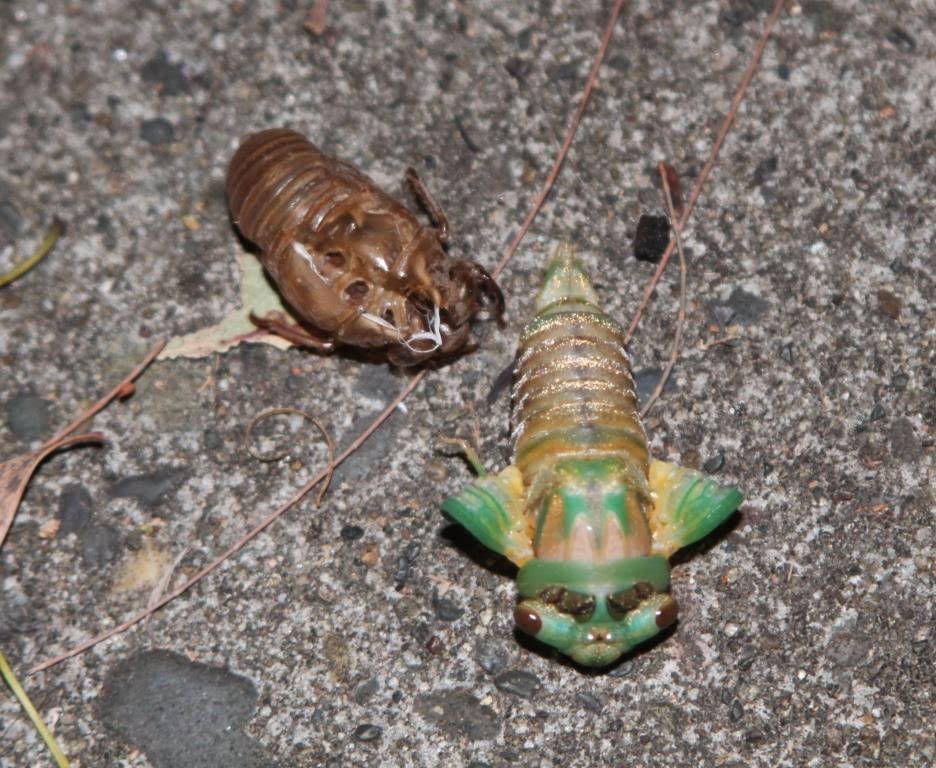 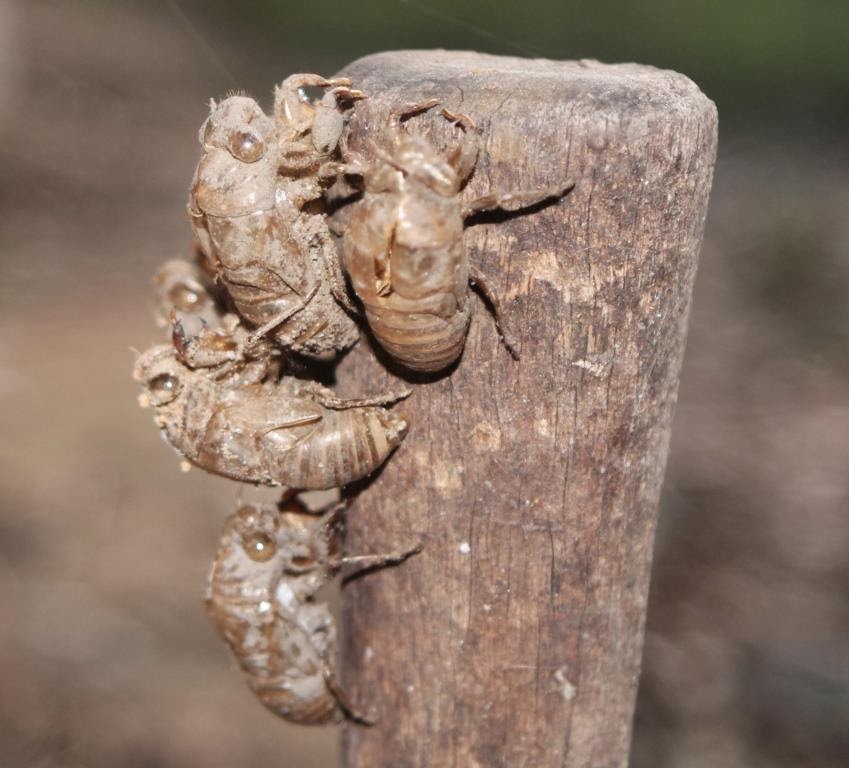 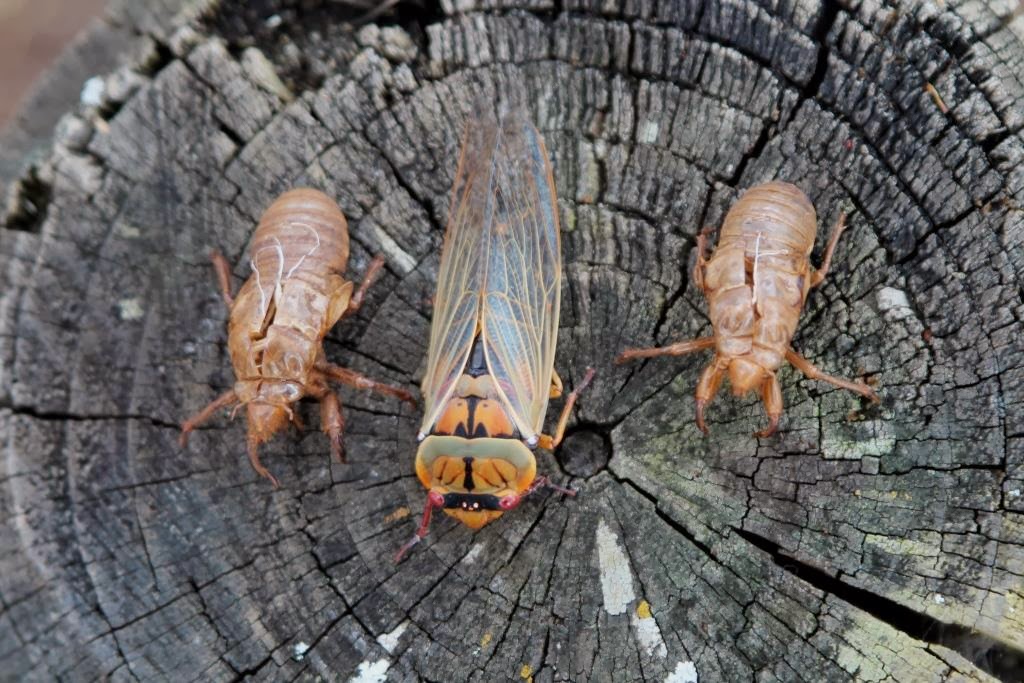 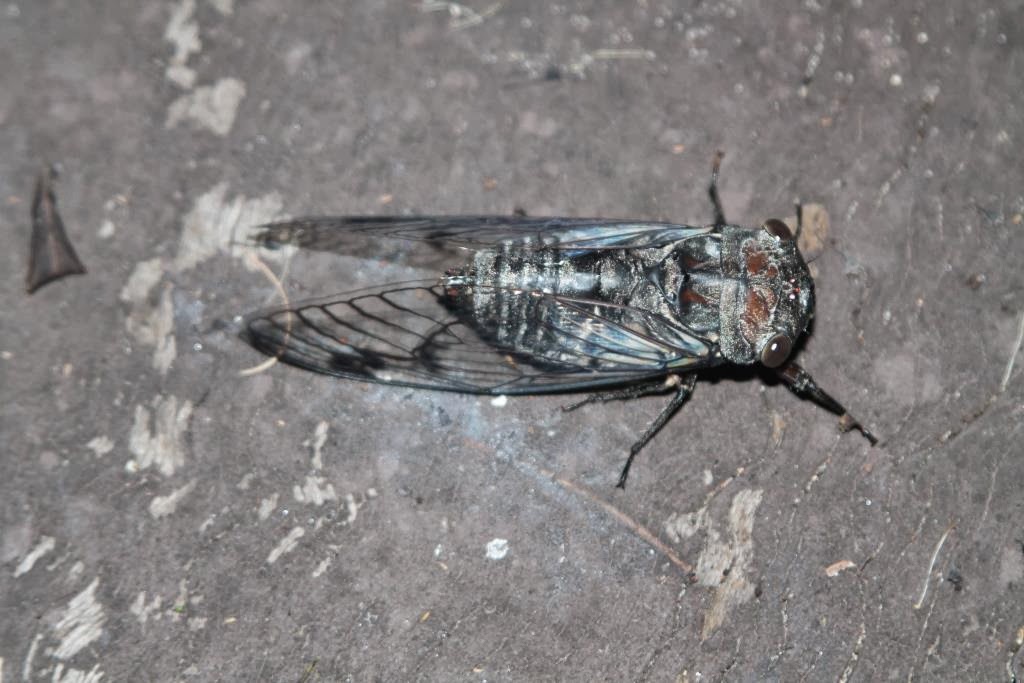 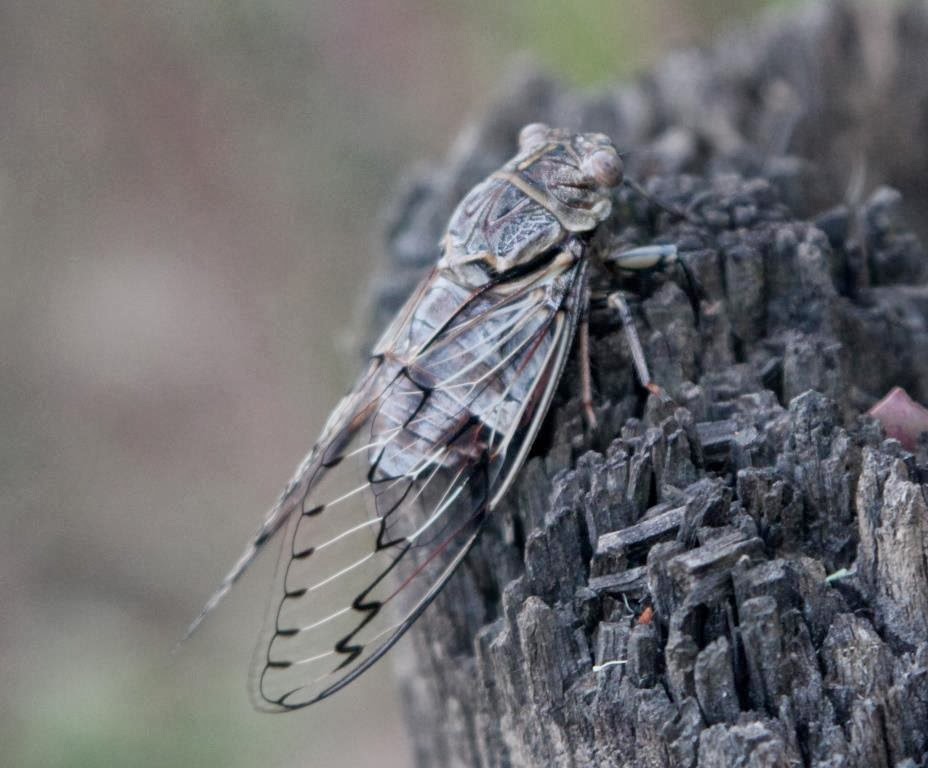 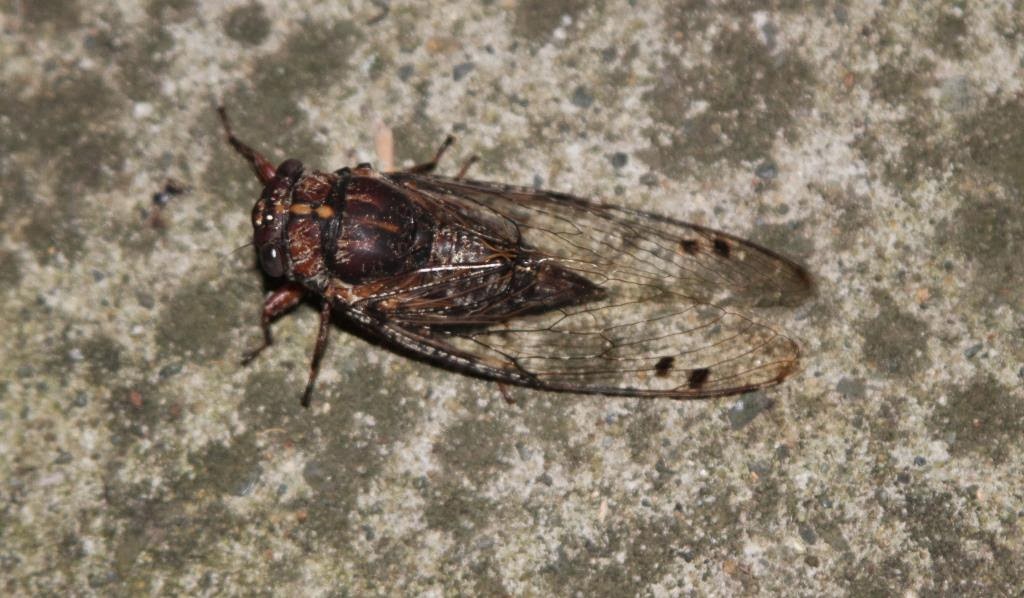 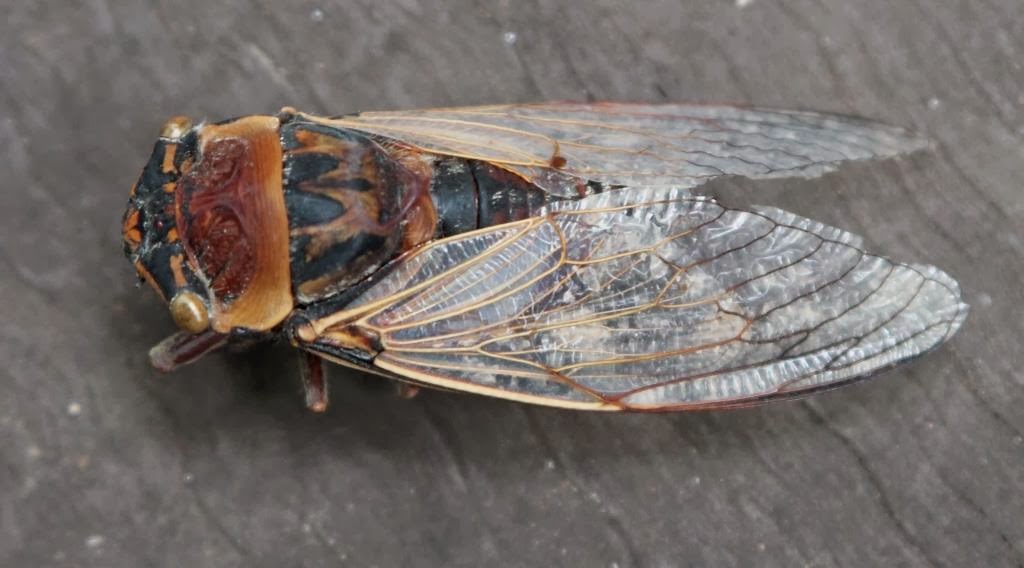 
Identifications provided so far have been by Ian Buddle, Max Moulds, Frank Pierce and Lindsay Popple .


For the past few mornings cicadas haven't dominated the sounds of the bush as they have been doing for some time.  The cooler weather seems to have quietened them down and the fact that they provide a rich source of food for many bird species means that their numbers may be dwindling due to predation.  For the past few mornings, the chattering of Spangled Drongos and the calls of Noisy Friarbirds, Little Friarbirds, Noisy Miners, Blue-faced Honeyeaters and Little Wattlebirds have dominated.  Large numbers of these birds have been feasting on the beetles and cicadas.  At least 10 Spangled Drongos, including dependent young being fed by adults, were present but as they are very active this estimate is probably understating the real number present.  A flock of 13 Blue-faced Honeyeaters and a number Noisy Friarbirds, including an adult feeding a juvenile, were also present.
A family of Pacific Bazas, an adult and juvenile Olive-backed Orioles and a couple of Dollarbirds have also joined in the feast.

Posted by Greg Clancy Ecologist and birding guide at 19:44 5 comments: 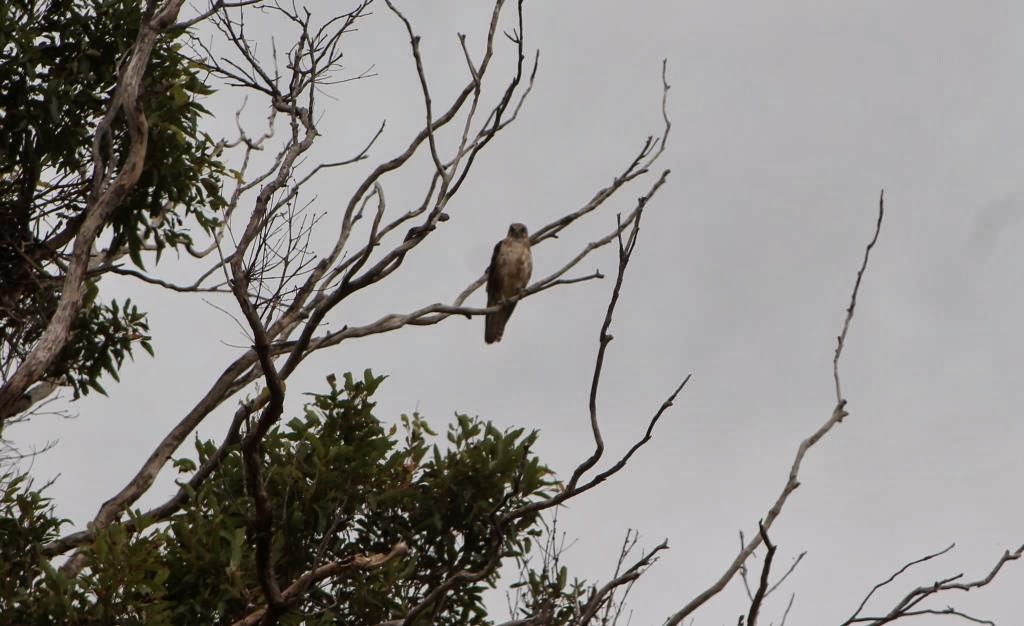 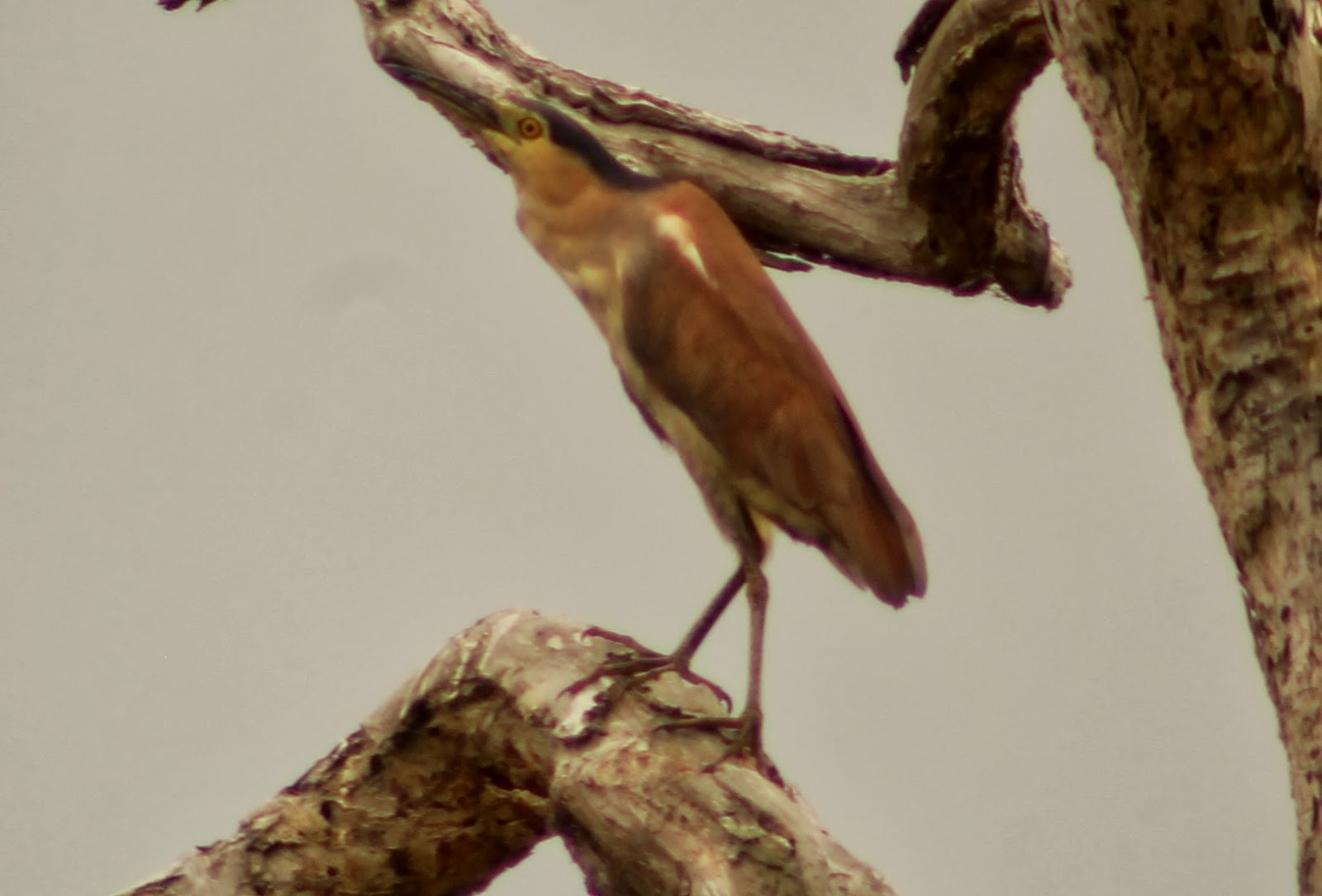 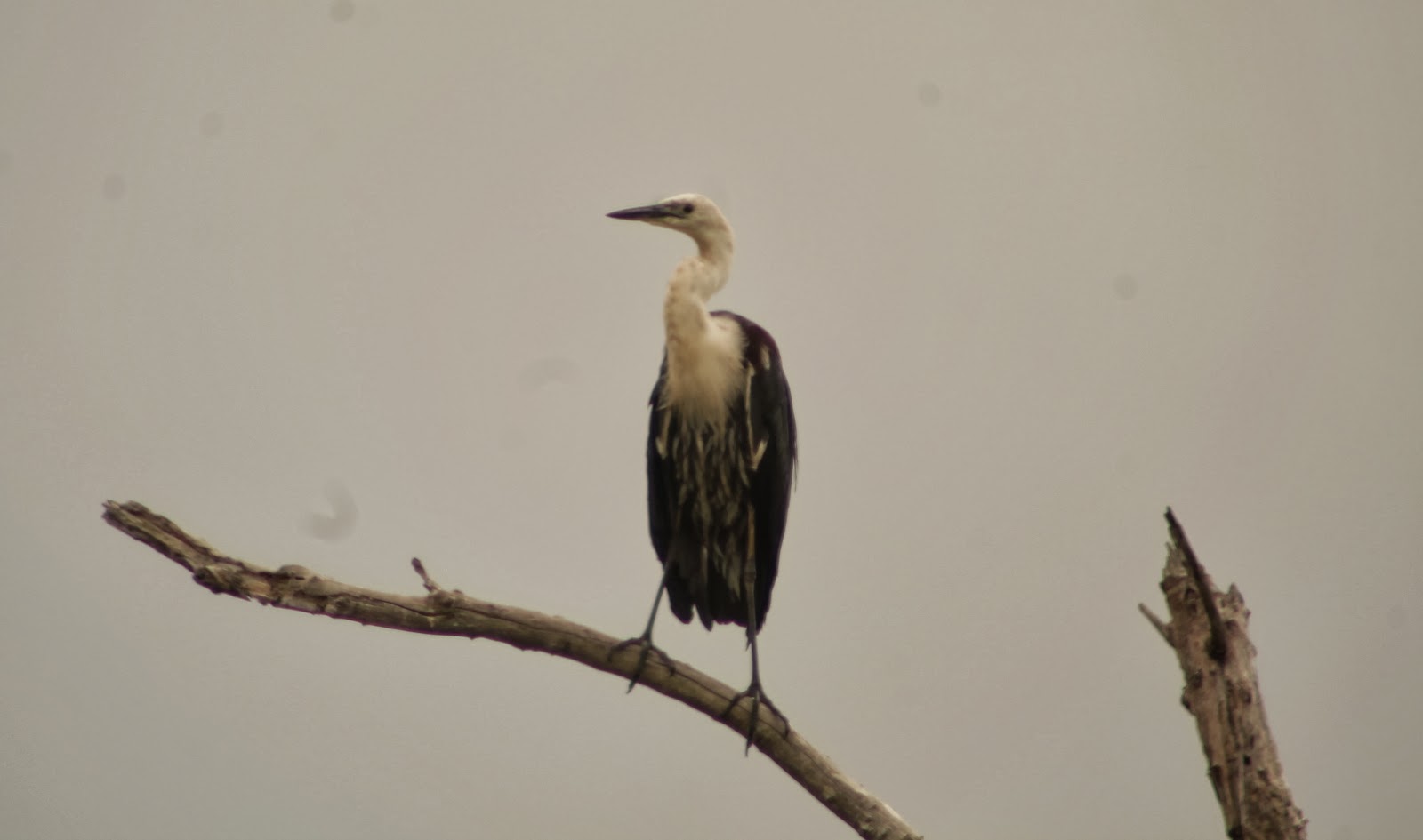 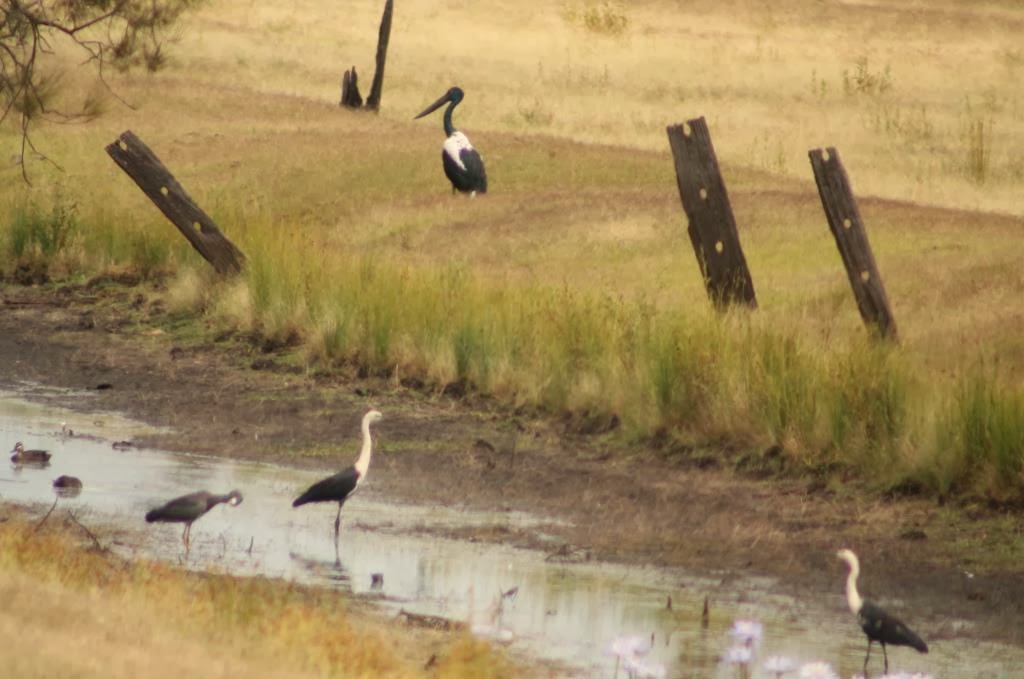 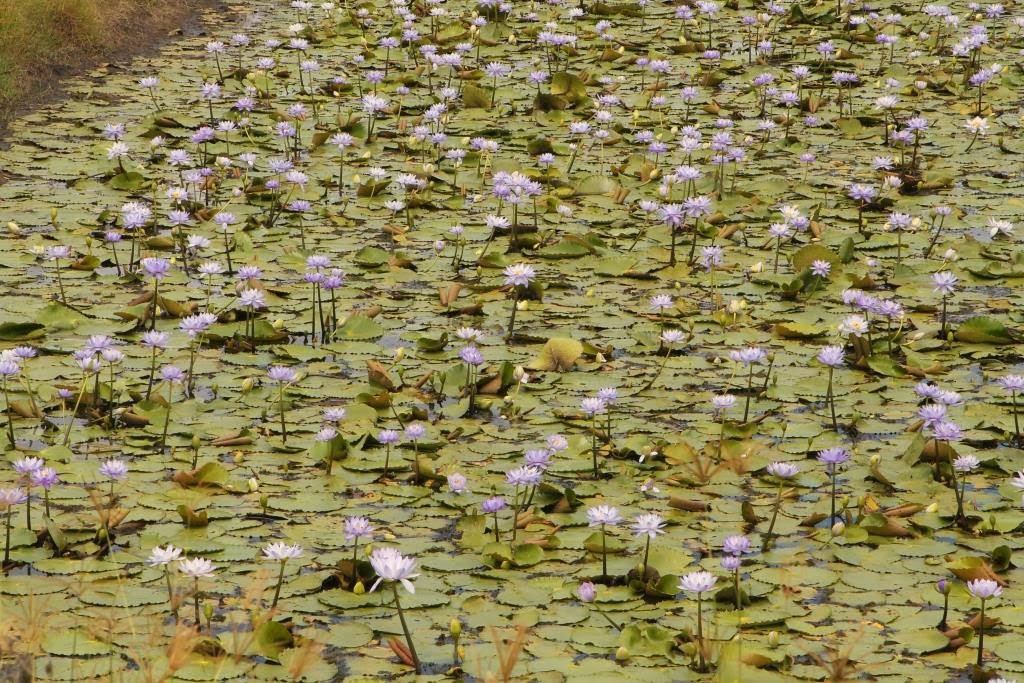 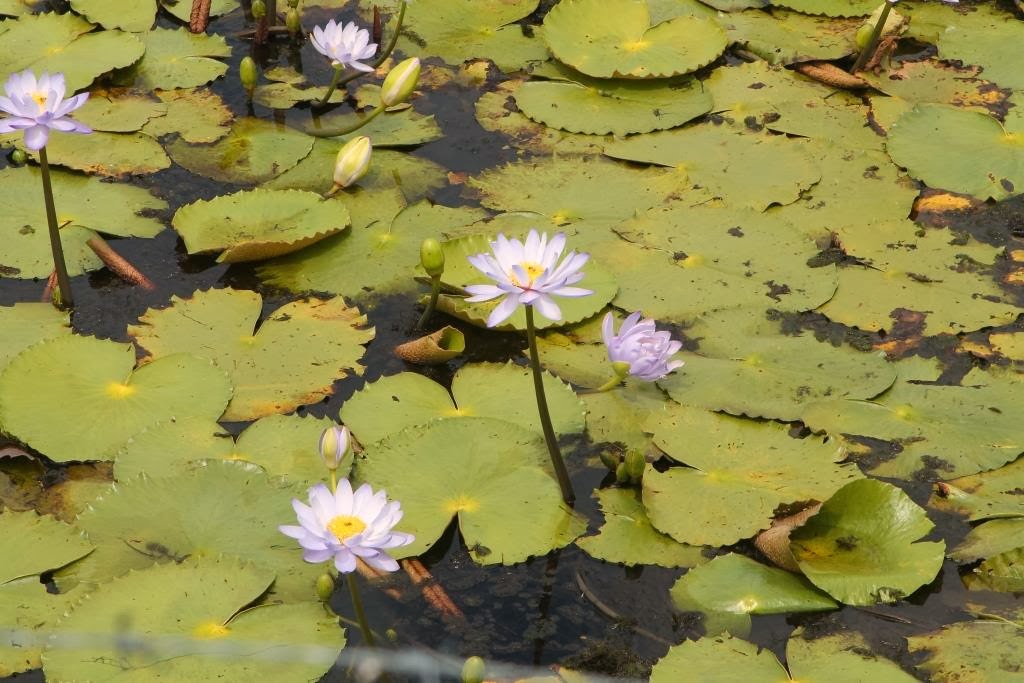 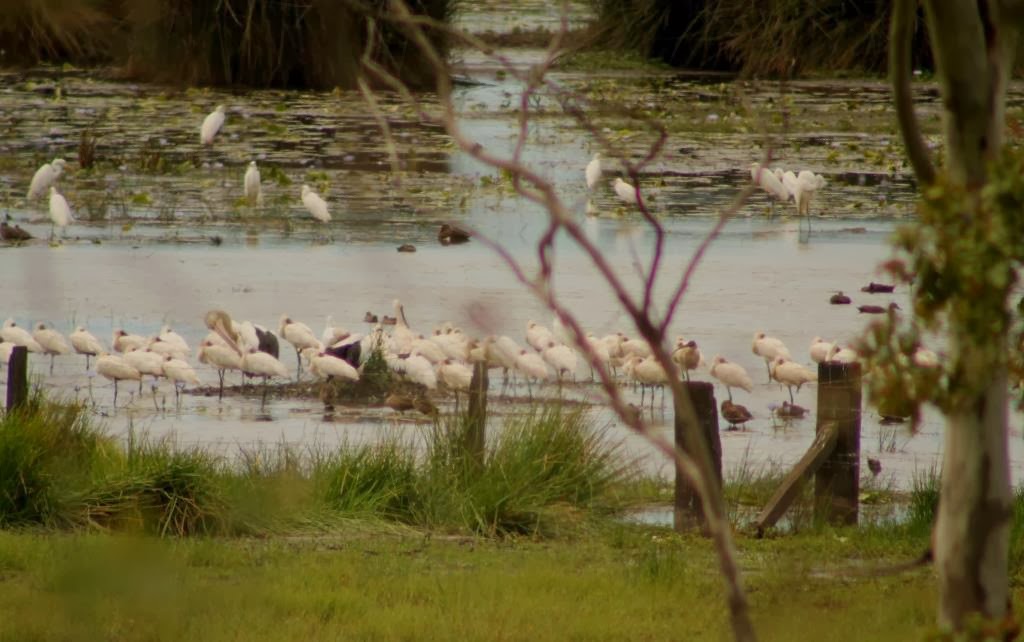 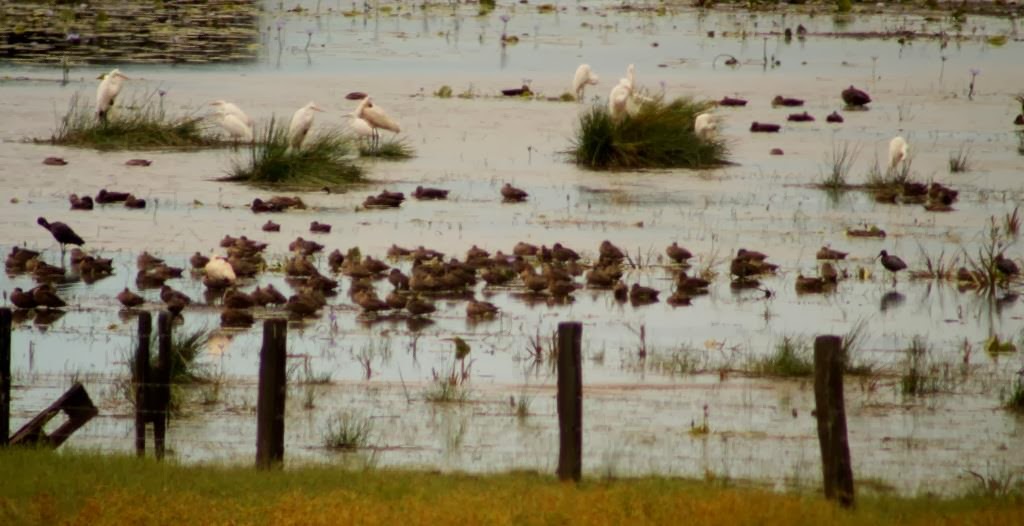 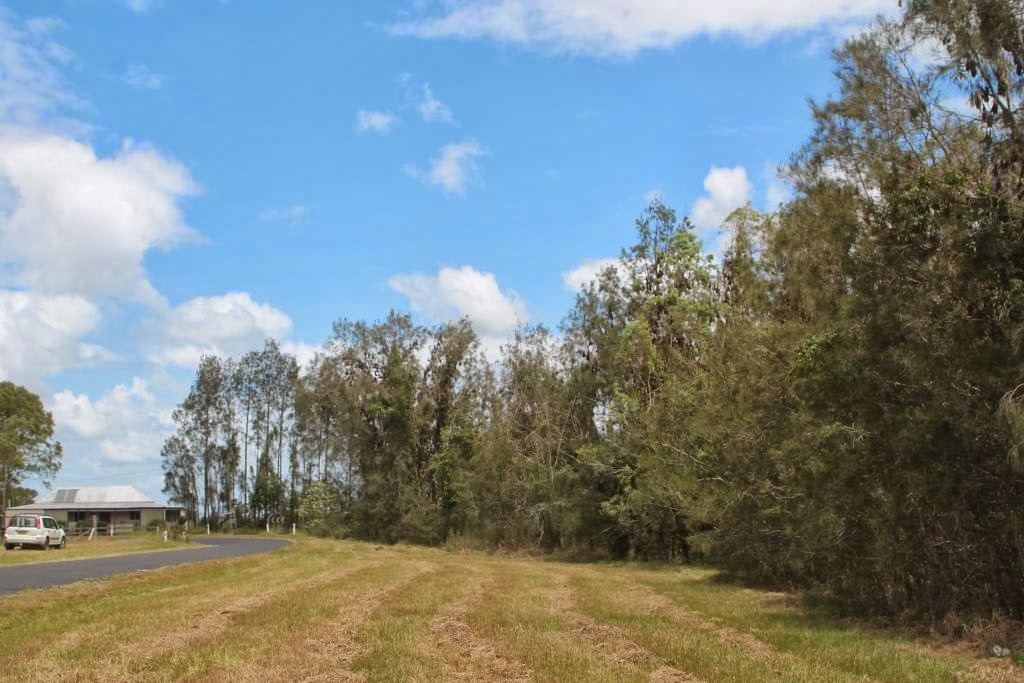 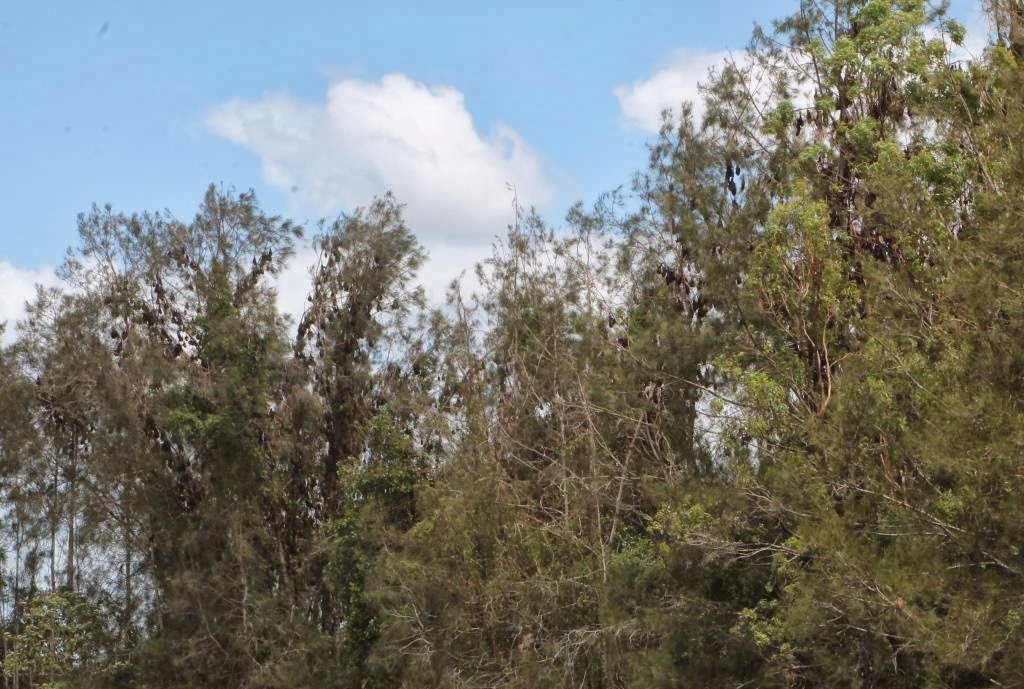 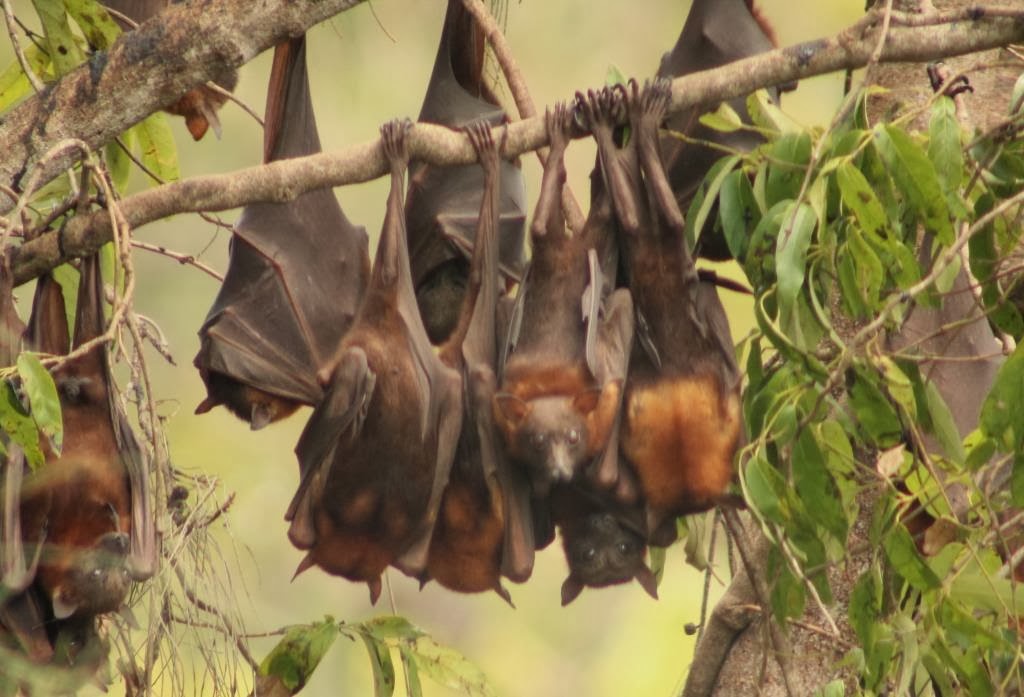 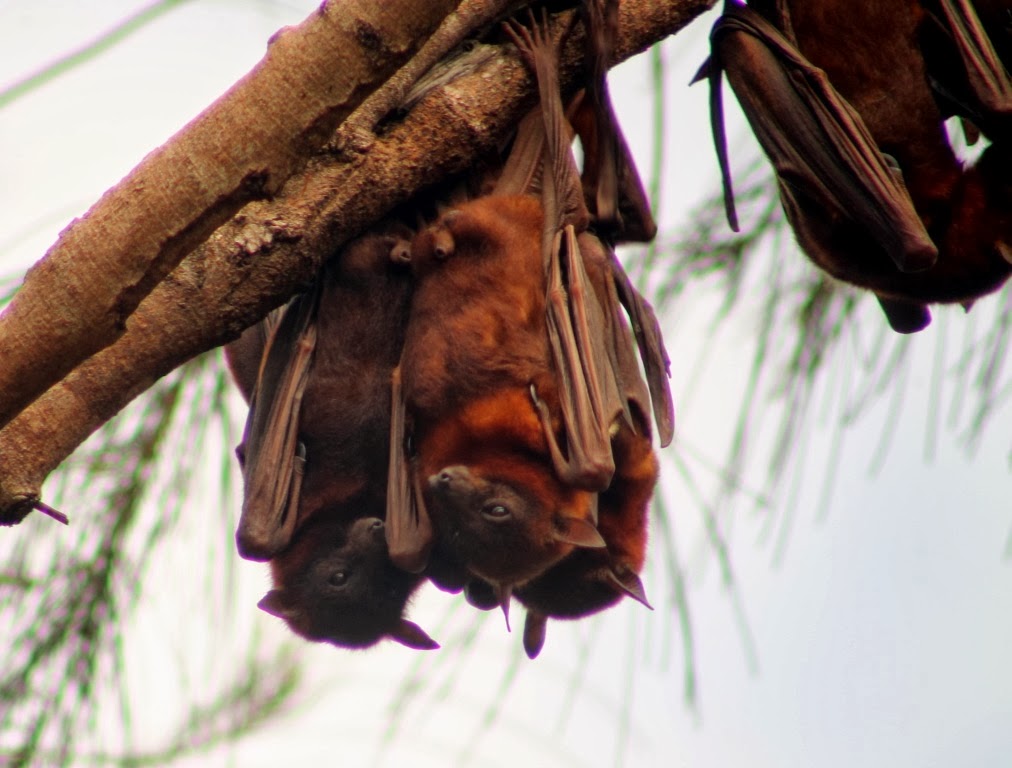 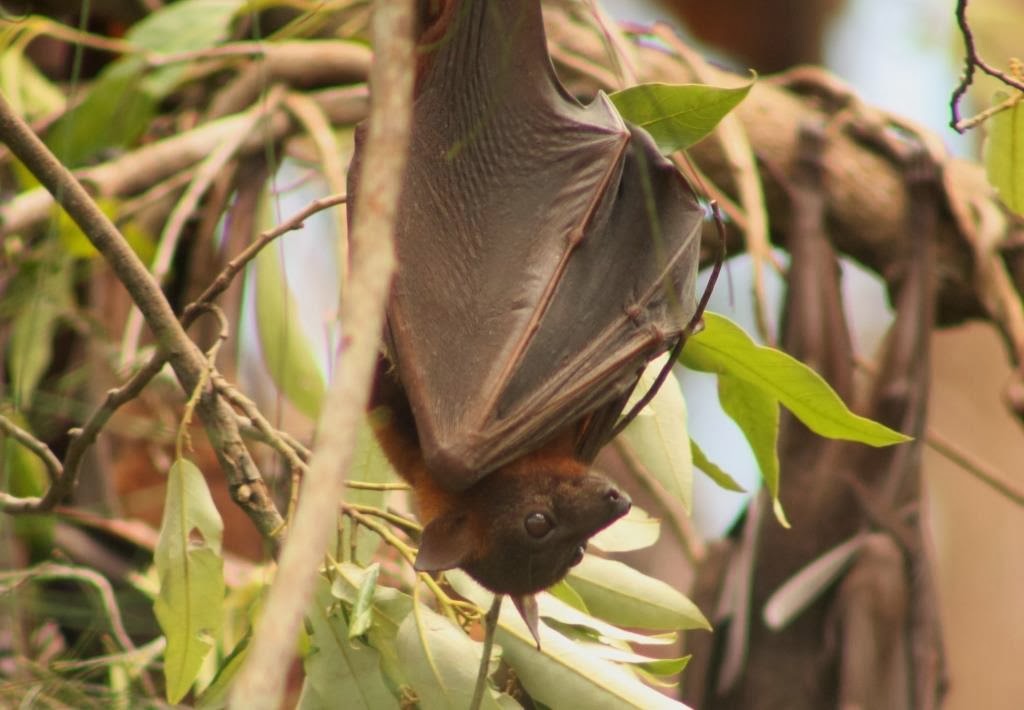 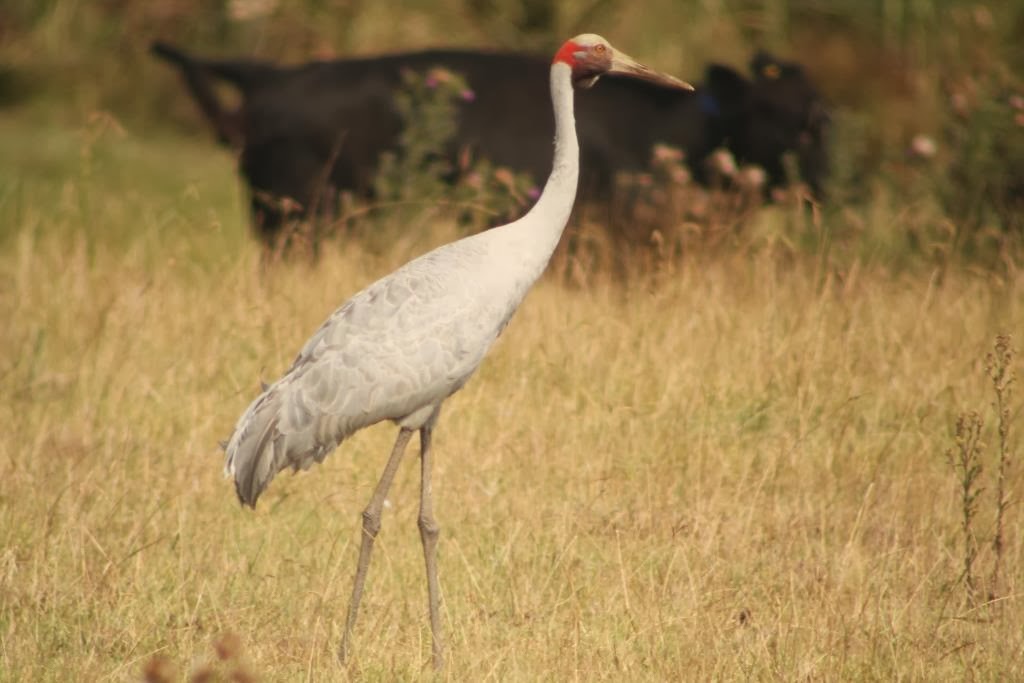 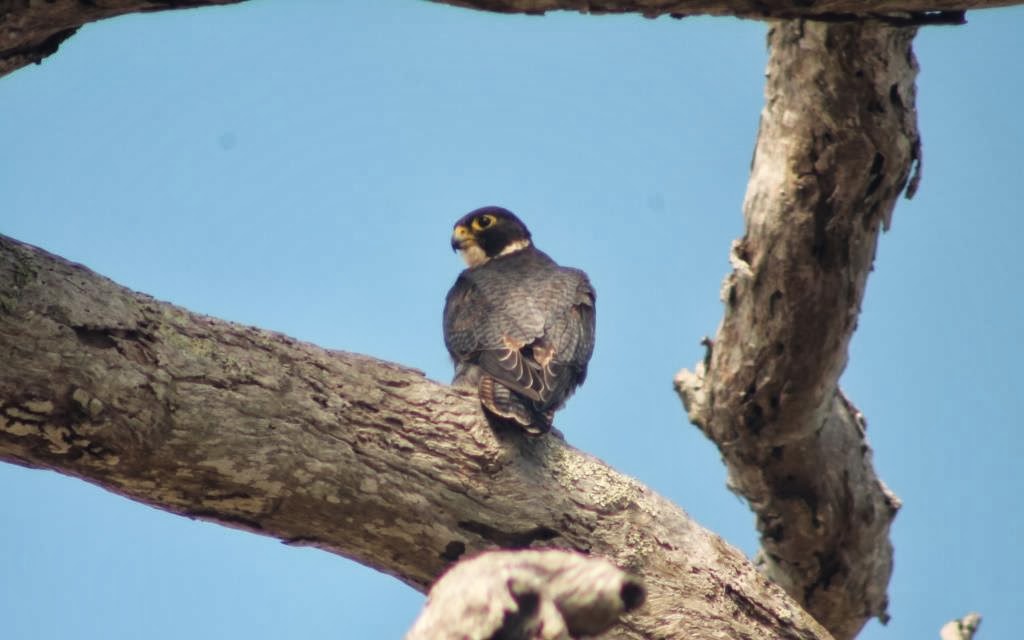 Following my recent post on our search for the elusive Rufous Scrub-bird in Gibraltar Range
National Park I received an email from Penny Drake-Brockman from Gloucester.

She wrote "Interested to read your short report on search for the scrubbird in your
local range.  Maybe their not calling was due to the drought - is that
area very dry?  Hunter Bird group had little response from the
scrub-birds at Gloucester Tops this year (surveys in September/October)
and put this down to it being very dry - this has happened in the past.

I went up to Gloucester Tops mid November with some birders, and we only
heard the Munro Hut bird (which is the one that is usually most easily
heard) make a few chips, and one other further along the Careys Peak
Track - with no calls from many other previously recorded sites.   When
surveying up there in other years when we've had sufficient rain, I've
heard them loud and clear at many sites."

I am glad to know that it is not just the Gibraltar Range Scrub-birds that have been hard to locate.  Hopefully this is just a temporary glitch and they will be back to their vocally loud selves next year.


Posted by Greg Clancy Ecologist and birding guide at 11:28 No comments: