A July trip to Tewantin, Queensland

My brother Michael turned 60 in August but as he was helping to organise the elections in Fiji on his birthday it was decided to have an early birthday luncheon in July.  As I have rarely been north of Brisbane I was looking forward to trip for family reasons but also with anticipated ornithological results.  There were reports of Yellow and Australian Little Bitterns and an Asiatic Dowitcher in southern Queensland published on Birding-aus and, although I am not an avid twitcher, I am always happy to see new species.  We stayed in a 'villa' at Tewantin which was really an average cabin but that suited us well.  It had built in Black Ducks which greeted us as we arrived.  I suspect that previous guests had fed the birds as they were knocking at the door wanting to come in.  I am totally opposed to feeding wildlife as it has a number of negative impacts on the wildlife itself.  It is usually done more for the enjoyment of humans rather than the benefit of the wildlife.  Despite this view I did take the opportunity to photograph the Ducks at close range.  They are really handsome birds. 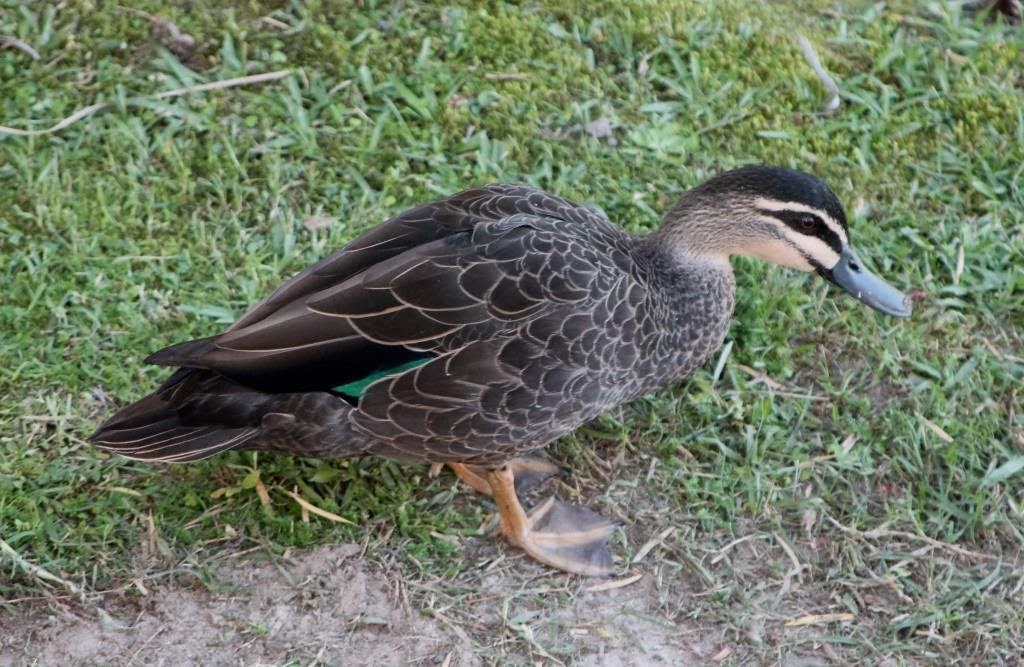 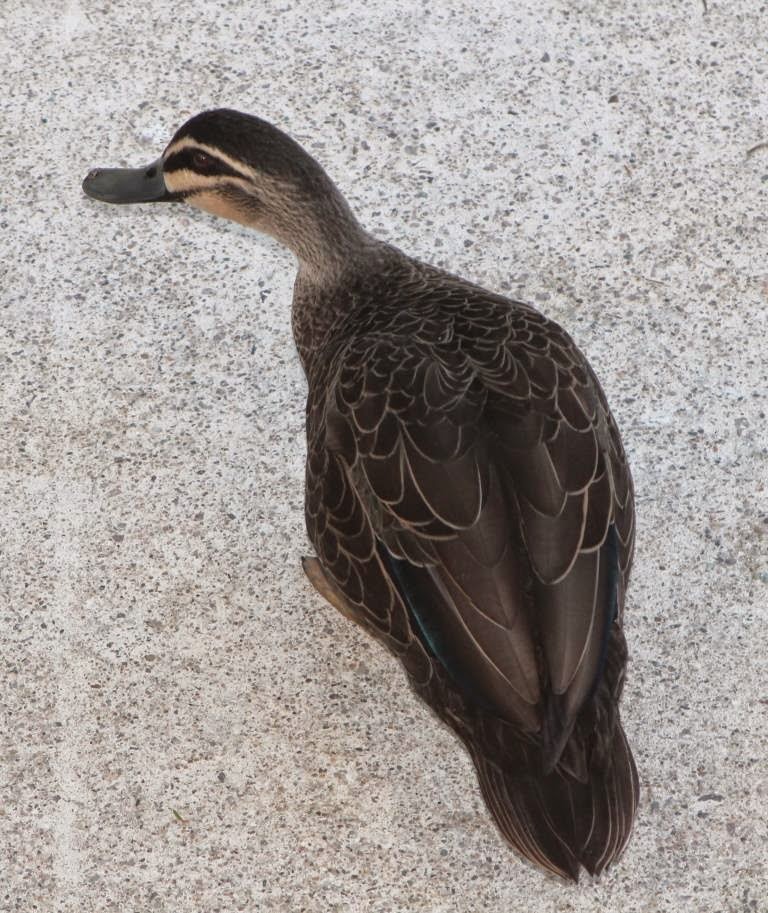 During our barbeque lunch at Noosa I photographed a Little Black Cormorant loafing on a small pier.  Cormorants really know how to relax in the sun.

On Sunday morning Val and I visited Noosa National Park and found that just negotiating the car park required vast doses of Valium and some counselling.  So many vehicles with so few car parking spaces.  The sad part was that very few people were there for the national park values, unlike us.  Most were there for the surf!!!


We had an enjoyable lunch on the Sunday and headed back south on the Monday.  Our first stop was Bribie Island and the famous Buckley's Hole Reserve.  I had heard about Buckley's many times as a number of Australian Pied Oystercatchers that I had banded and flagged in northern New South wales have been observed there.  Then back to Toorbul roost where the Asiatic Dowitcher had been seen.

Posted by Greg Clancy Ecologist and birding guide at 17:22