On Saturday June 11 Val and I drove to Bingara to attend the Myall Creek Massacre Memorial on the Sunday June 12 with some of our family.  We travelled from Coutts Crossing to Grafton and then along the Gwydir Highway to Glen Innes, where we had a 'cuppa' stop and then on to Inverell.  From Inverell we travelled to Delungra and then turned off towards Bingara.  Before arriving at Bingara we passed the Myall Creek Massacre Memorial site.  West of Grafton we found a road-killed immature  Superb Lyrebird.  The habitat was dry open forest so it is unlikely that the bird was killed at that site.  It was most likely carried by a vehicle from the Gibraltar Range, to the west, and dropped off the vehicle at this point in unsuitable habitat.  A dead Superb Lyrebird was found some years back in the car park of Shopping World, in the middle of Grafton.  It had obviously been transported from somewhere in the ranges. 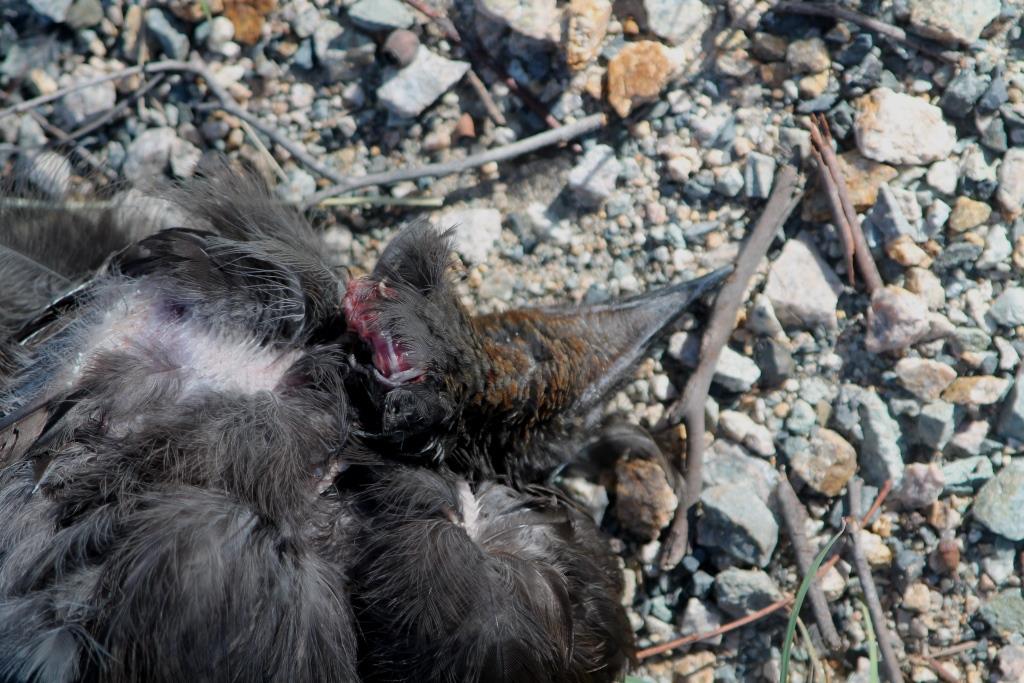 We stayed at the Riverside Caravan Park and after booking in explored the town.  I have been in the area frequently in the past 5 years deploying and retrieving cameras for the National Parks & Wildlife Service's Wildcount project but hadn't spent much time in the town.  It is an interesting town with many old and historic buildings including the Roxy Theatre.

Along one back street we found a yard full of Wallaroos, obviously a wildlife carer's home.  On the nature strip of another street were 2-3 Spotted Bowerbirds.  They were eating the flatweeds in the lawn.  I didn't check the species of weed but they looked like Catsears Hypocheirus sp. 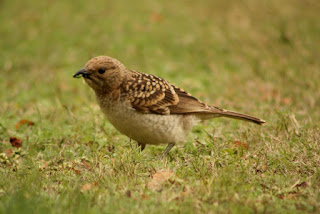 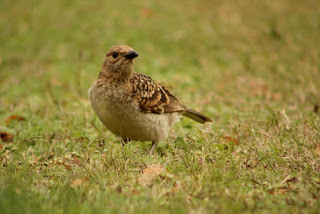 The Myall Creek Massacre Memorial was a moving and uplifting event as it remembered a shocking massacre but has resulted in a wonderful act of reconciliation.   Check out the website (myallcreek.info) if you want to know more about this part of Australia's history that is often swept under the carpet.


On the return trip we travelled via the Copeton Dam and had lunch near the dam wall.  Red Wattlebirds, White-plumed Honeyeaters, Superb Fairy-wrens and a White-browed Scrubwren joined us.   Leaving the Dam area we found a freshly road-killed Grey Shrike-thrush.  The orange-buff eye-brow indicated that it was an immature bird. 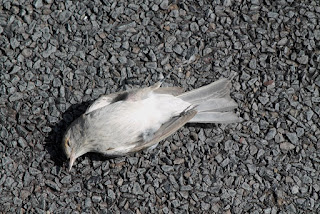 All in all a weekend with mixed emotions with the enjoyment of visiting such a nice piece of Australia and seeing some of the local wildlife while remembering the tragic past history of colonization.


Posted by Greg Clancy Ecologist and birding guide at 12:37